For your viewing pleasure

Last week I was sent a DVD, Right Track 19, Layout Planning and Design, to review. Now I'm a print and paper chap at heart, and while I have a DVD player it gathers dust, so what would I make of it? I watched it (2 hours, 25 minutes) in a couple of sessions, and enjoyed it. However sayings it's good, you should consider buying it isn't much of a review so lets look at it in a bit more detail. 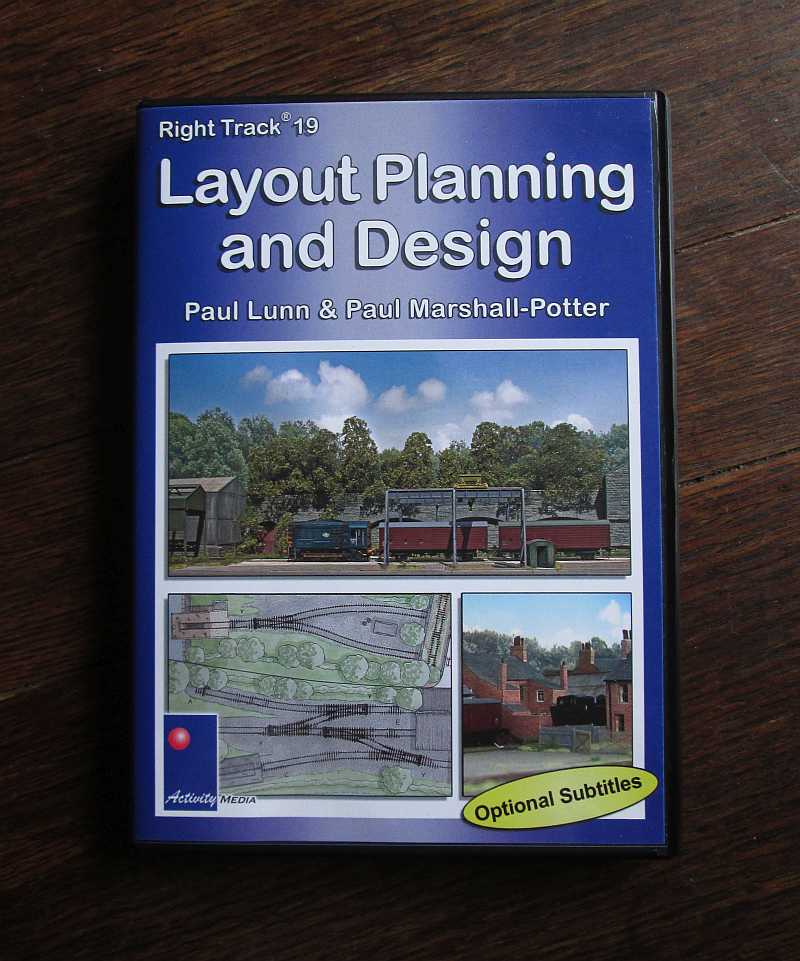 The DVD takes the viewer through the stages that Paul and Paul use to develop a layout design from an inspiring subject, test it, and refine it to produce a finished layout. On the way subjects like coupling choice, perspective and backscene are covered too. 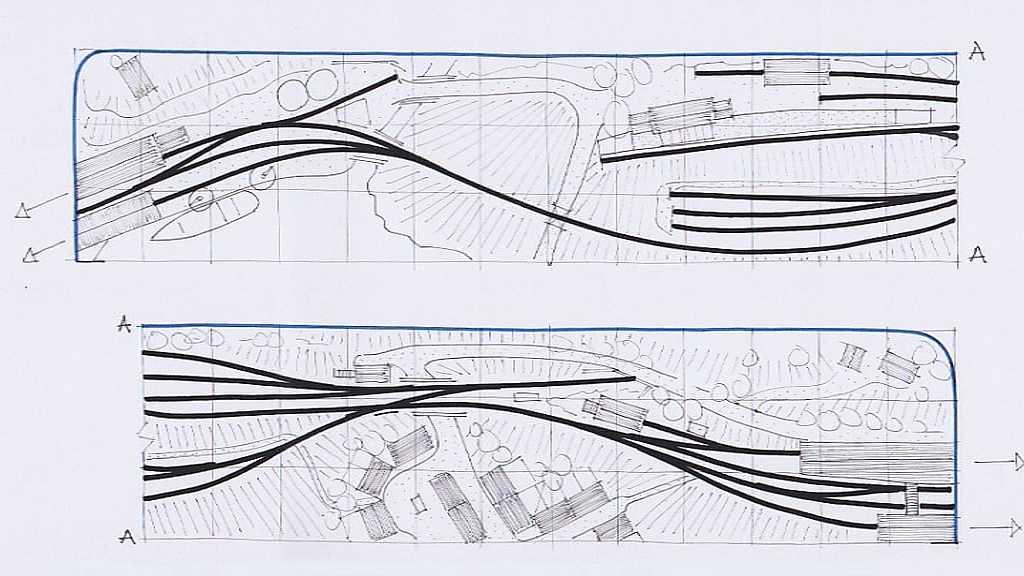 I had wondered just who the DVD was aimed at; in part it assumes some prior knowledge of both model and prototype practice, yet the worked examples are perhaps smaller in scale than an established enthusiast might normally choose. On reflection though I think it's pitched pretty much spot on. It would take a newcomer to the hobby who wonders why his or her collection of models doesn't look like a real railway and doesn't please the eye, a long way in their quest towards a better layout. It would equally work for the established model maker, expert at the mechanics of construction but unsure of their artistic abilities to create a pleasing and coherent design. 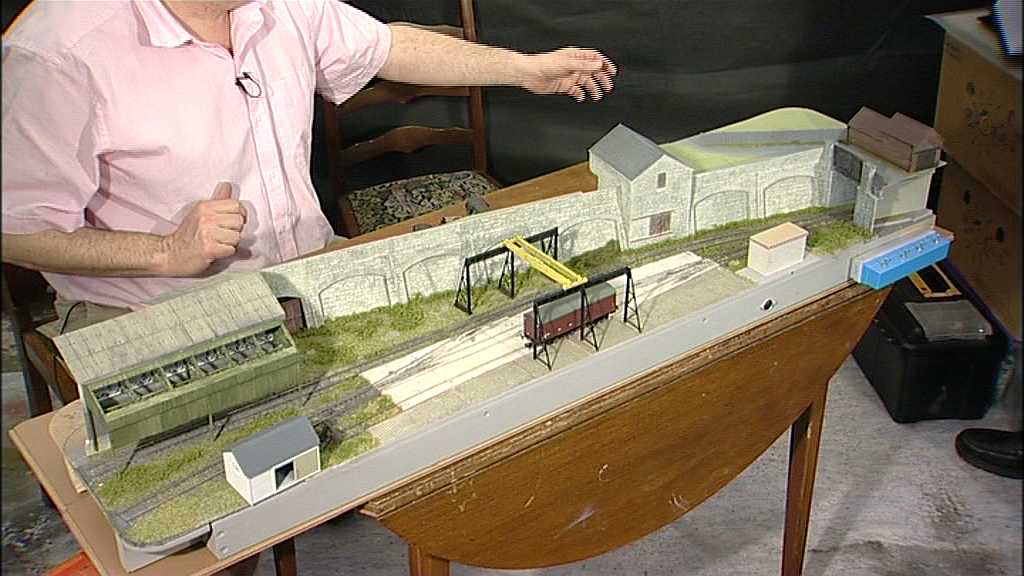 Those with ambitions greater than the scope of the small project layout, illustrated under construction above, should easily be able to extrapolate the concepts and process to a much larger scheme. Though shown in their finished state, Paul Marshall-Potter gives a tour of two larger layouts to demonstrate how such thinking has been applied.

Even though it's easy enough to digest in big chunks the DVD is broken down into several 'chapters' making it simple to dip in and out, or to go back and refresh ones memory of a particular piece. Both presenters deliver in a pleasant and engaging manner to camera, not always a strong suit of the railway enthusiast video. I particularly enjoyed the first half of the DVD, the initial stages of working up a design being an interest of mine. Paul Lunn explains this process with clarity and crispness. Both presenters discuss the mock up stage, where 2-D plan becomes a full sized simple 3-D realisation. It was good to see personal preferences coming into play here, as each argued the case for a particular size or site for a structure. Paul Marshall-Potter takes this a stage further turning a full sized mock up into an actual layout, showing the further refinement undertaken along the way. 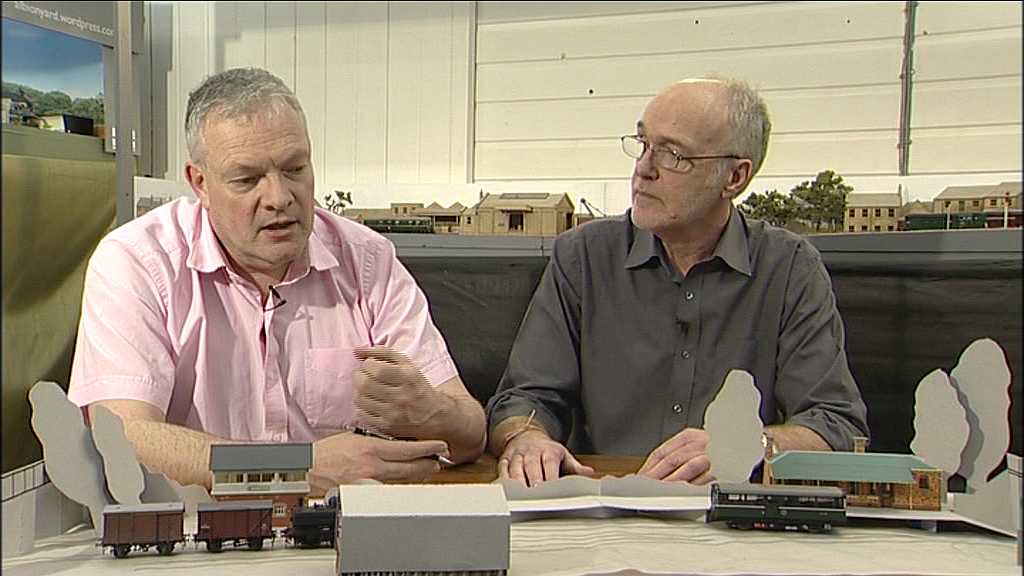 I reckon that most modellers would get a lot out of the DVD, certainly those who haven't really considered design beyond track plan would. I'm going to lend my copy to a mate, a beginner whose present layout has evolved from a circuit to include loco depot and branch line. He's shortly going to embark on a rebuild, I've no hesitation that he'll find this DVD to be of benefit.

To order or for further information go to the Activity Media website.